Under the expert guidance of our highly experienced, Western-trained clinical team, you’ll overcome physical dependence on Valium, explore the psychological issues that fuel drug addiction and develop practical strategies for maintaining sobriety in the years ahead.

Contact our Valium rehab today to discuss your options, or read on to learn more about our world-class diazepam addiction treatment programs. 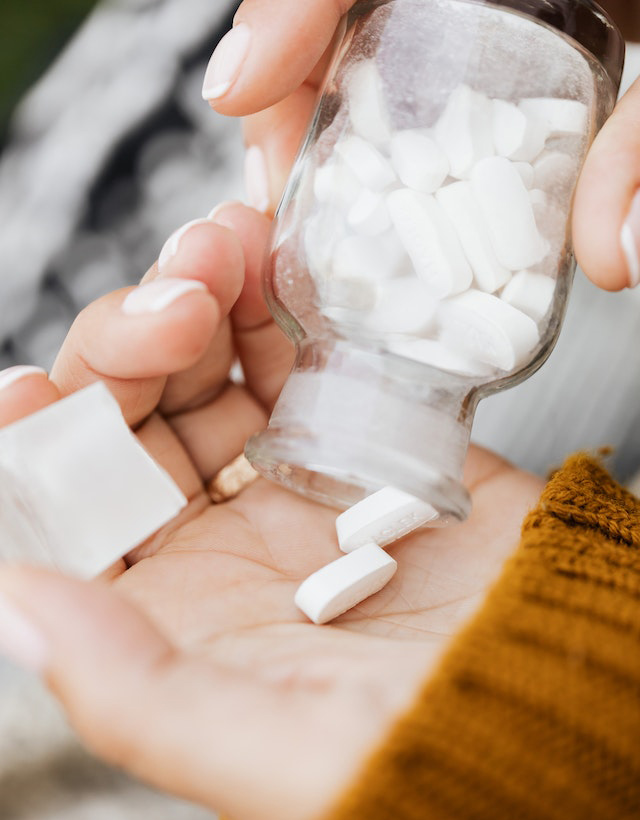 We take a highly personalised approach to treatment that aims to address your unique needs, strengths, and recovery goals. Based on your initial evaluative assessment, our diazepam addiction treatment team will help you develop a fully customised recovery plan that focuses on helping you achieve long-term wellness.

We’ll monitor your progress as you work through your Valium abuse treatment plan and make adjustments where needed to build on certain skills and maximise your chances of a successful outcome.

Unlike some of the other Valium rehab facilities in Thailand, we have a maximum guest capacity of just 15. This allows us to maintain an intimate environment and ensures our clinical team can provide you with the highest level of care and attention during your stay at our rehab for diazepam addiction.

Overcoming Valium addiction isn’t easy. To make the recovery journey as comfortable as possible, we offer a beautiful healing retreat that looks and feels more like a high-caliber resort than a simple Valium rehab center.

Begin your Valium rehabilitation journey in peace and privacy. The Diamond Rehab Thailand is situated in the mountains of Phuket, a tropical island situated an easy 90-minute flight from Bangkok. In this tranquil setting, we have created a fully equipped luxury diazepam rehab center with stunning panoramic ocean views – the ideal place to rest, reset and recharge.

Immersing yourself in a comfortable environment supports the Valium rehabilitation process. We offer a full suite of amenities for your enjoyment, including private five-star accommodation, a gorgeous swimming pool, spa treatment center, healthful meal options and so much more.

Residential treatment is widely regarded as the most effective form of Valium addiction treatment as it provides a perfectly controlled environment where you can focus on the healing process without the stressors and temptations of daily life. Staff is available around the clock, providing you with expert care and support throughout every stage of treatment for diazepam addiction.

Residential rehab programs also give you the opportunity to bring a sense of routine back into your life. Our inpatient Valium addiction treatment center offers a carefully structured environment composed of therapy, complementary wellness practices, education, nourishing meals, and exercise – all the ingredients you need to set the foundation for a balanced, healthy, and productive lifestyle.

Here at The Diamond Rehab Thailand, we’re firm believers that holistic treatment is the most effective way to successfully rehab Valium addiction. Rather than focusing on a particular symptom or set of symptoms, we take a big-picture look at you as a person and develop a plan that aims to restore balance to every aspect of your well-being.

Our treatment for Valium addiction draws on a variety of evidence-based treatment methods, including therapy, mindfulness meditation, exercise therapy, and more. In this safe space, you’ll work with our experienced drug addiction counselors to unravel the root issues that contribute to addiction while developing valuable critical tools and coping mechanisms to minimize the risk of relapse.

Many people who use Valium often have co-occurring conditions or substance abuse problems. At our rehab for diazepam addiction, we utilize a specialized integrated treatment model that allows us to target multiple disorders simultaneously, which ensures efficient recovery progress.

For many of our clients, detoxification is the first phase of treatment for diazepam addiction. Our Valium rehab center provides a medically supervised Valium detox program that ensures your physical and psychological safety. Our fully qualified residential treatment nursing staff provides you with 24/7 support throughout your detox, providing you with the care, attention, and medical assistance you need to effectively remove the drugs from your body while safely managing withdrawal symptoms. Depending on your specific needs, you may also be prescribed certain medications to minimise discomfort during rehab for Valium addiction.

The symptoms of Valium withdrawal can be extremely unpleasant and, in some cases, may be life-threatening. Because Valium stays in the body longer than other types of benzodiazepines, withdrawal symptoms may not appear until days after your last dose.

Withdrawal symptoms may include:

The seizures associated with Valium withdrawal can potentially be fatal. As a result, people with physical dependence should seek professional detox for Valium addiction in a medically supervised setting. 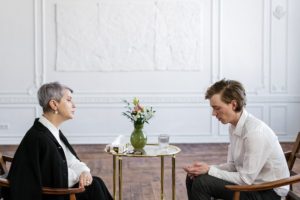 “24/7 support throughout your detox.”

Our fully qualified residential treatment nursing staff provides you with 24/7 support throughout your detox, providing you with the care, attention, and medical assistance you need to effectively remove the drugs from your body while safely managing withdrawal symptoms. 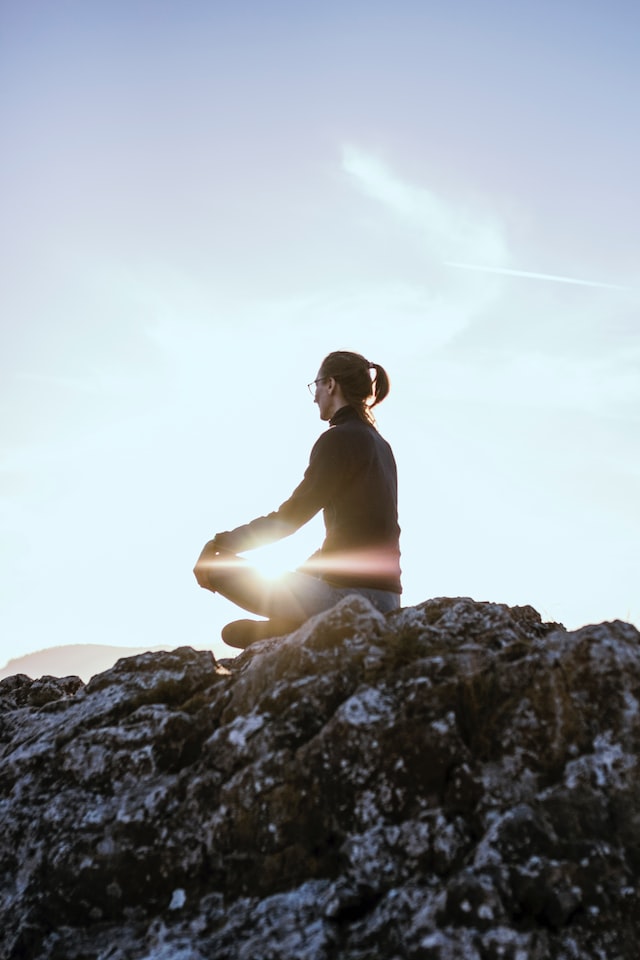 Valium is a central nervous system depressant. It works by enhancing the effect of the neurotransmitter GABA, which plays an important role in regulating hyperactive brain activity. The calming properties of Valium make it useful for treating a wide range of conditions, including:

Valium is designed to be taken on a short-term basis and is generally considered to be safe when taken exactly as prescribed. However, it does carry a high risk of addiction if it’s used for a prolonged period of time, taken in larger doses than prescribed, or taken without a prescription.

Tolerance gradually builds with continued use of the drug, which can lead to users taking increasingly larger doses. Over time, this can lead to physical dependence as the body becomes reliant on Valium in order to function properly. Long-term abuse can cause constant drowsiness, fatigue, depression, anxiety, and increase the risk of seizures. If a person suddenly stops using the drug, the withdrawal symptoms can be very unpleasant and even comparable to some drugs stronger than Valium. 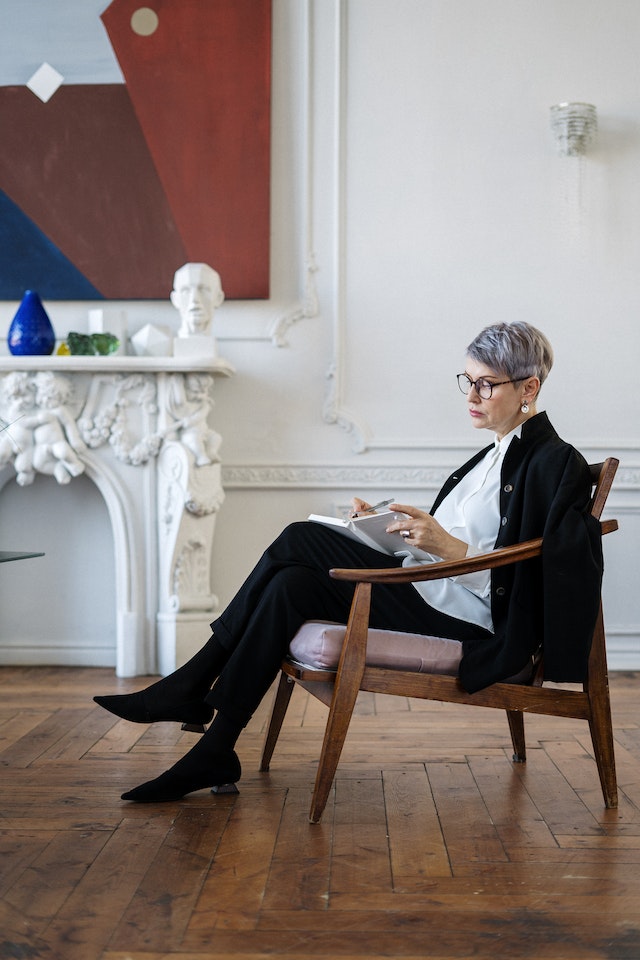 Valium addiction can have far-reaching effects on a person’s physical and mental health and overall quality of life. People with a Valium abuse problem should seek professional Valium addiction treatment and withdrawal symptom management as early as possible.

However, recognizing the signs of addiction can be challenging – particularly if the individual began using Valium as prescribed for legitimate medical concerns. You should consider Valium abuse treatment if you identify with the following warning signs:

The Diamond Rehab Thailand offers luxury treatment at affordable prices. We understand that cost can be an important deciding factor when it comes to choosing the top private Valium addiction treatment center, which is exactly why we aim to keep our prices competitive.

The low cost of living in Thailand allows us to deliver a premium healing experience, complete with resort-style accommodation, world-class treatment facilities and leading clinical expertise, at significantly cheaper rates than luxury Valium rehab centers in Western countries. Even after factoring in the cost of flights, many of our clients find our facilities to be more attractively priced than similarly equipped diazepam rehab centers in their home countries.

For more information regarding pricing and payment options, please contact our Valium rehab center and speak to one of our treatment experts.

If you’re ready to take the next step in your recovery journey, The Diamond Rehab Thailand is here to help.

Combining clinical expertise with compassionate support and a luxurious healing environment, our Valium rehabilitation center provides everything you need to make a meaningful and lost-lasting change.

Contact The Diamond Rehab Thailand today to learn more about our diazepam rehab program and discover what makes us one of the leading Valium addiction rehab centers in Asia.

Yes. Diazepam acts on the GABA receptors, which can produce a relaxing effect similar to alcohol. Doctors typically recommend taking diazepam for no longer than two to three months as prolonged use can lead to addiction, including physical dependence and serious withdrawal symptoms that can be life-threatening.

Long term use of diazepam can have a significant impact on the brain and body. Effects may include:

Doctors generally recommend taking diazepam for no longer than a couple of months. Long-term use of diazepam can lead to physical dependence and severe addiction, and may have an adverse effect on a person’s cognitive function, physical health, and mental health.

No. Diazepam, sometimes referred to by the brand name Valium, belongs to a class of drugs known as benzodiazepines. Benzodiazepines are central nervous system depressants that are prescribed to treat a variety of conditions, including anxiety, insomnia, muscle spasms, and alcohol withdrawal symptoms.

When taken as prescribed, diazepam is – for most people – a helpful medication that can be used to treat a range of health conditions. However, it is also highly addictive and frequently abused. In addition, diazepam can cause drowsiness, confusion, sleeping problems, anxiety, depression, impaired judgment, seizures, and more.

While the effects can vary from person to person, most people report feeling relaxed and drowsy after taking diazepam. Diazepam may produce other side effects such as constipation, memory problems, dry mouth, blurred vision, and loss of sex drive. Please speak to your doctor if you experience any concerning side effects.

Detox is getting the poison out of your body. This can feel uncomfortable and at The Diamond Rehab Thailand, our psychiatrist and nurses are specialized in helping you get thru this phase of treatment. Do not detox alone at home, detoxing alone can be dangerous.